History of Christmas in Ireland

The holiday season is all set to begin as everyone awaits Christmas celebrations right here in Ireland. The weather, indeed, is ice-cold. But that warm spot of Christmas in the hearts is enough to extract that cozy vibe out of this glacial environment.

Christmas celebrations in Ireland might seem to be somewhat unique since they’re primarily inspired by the Irish tradition that dates back to the 1840s. Although most of the originality in that culture has turned redundant, there’s still a lot to spot the distinction. So, let’s get into the details of how Christmas and everything relevant to it originated.

Stay adhered to the article as we take you through the interesting aspects of the history of Christmas in Great Britain and Ireland:

Origin of Christmas in Ireland

Later in 1848, a portrait of the royal family of that time with their embellished Christmas tree was displayed at Windsor castle. Its publication in the reputed newspapers throughout Britain laid the foundation for the prominence of Christmas trees across Great Britain as well as in modern-day’s Ireland.

The Irish tradition of setting up and adorning the trees for Christmas was immensely supported by the unique tree species of Ireland; such as Ivy and Holly. These native evergreens were initially used as décor ideas. Children particularly had great enthusiasm in adorning these natural ornaments “to have their wishes and prayers fulfilled on the eve of Christmas”. Aside from ivy & holly, you might see mistletoe as a popular Irish decoration nowadays. But it doesn’t have its say anywhere in Irish history and therefore, is thought to have been imported from England.

In 1843, the first-ever Christmas card was devised by famous British civil servant, Sir Henry Cole. The primary intention behind creating a card was to diminish the time and effort of writing a letter. The image that appeared on the card seemed to depict a family rejoicing Christmas by drinking wine.

Later on, among the ordinary people, the images deemed attractive to engrave on the cards were that of flowers, plants, angels, and fairies. The religious aspects didn’t find that much approval for card illustrations.

These cool illustrations of the Christmas cards brought enormous admiration for this concept in the late 19th century. So much so, that the cards almost entirely replaced the formal visits while short yet concise greeting notes replaced the long Christmas letters.

The rural areas, in particular, had a great ardor and avidity for decoration. The farmers and country people would even embellish their cowsheds and horse barns on Christmas eve. The idea was influenced by the concept that the cow, sheep, and horses need distinctive attention on this eve since these farming animals were right there in the nativity.

There was this beautiful custom of presenting special Christmas boxes to the best customers in town. Typically, the shop owners would prepare multiple boxes of different shapes and sizes. They’d then fill them with a variety of sweets, candies, cakes, and other contemporary gift items. Anyone presented with the largest box or the most filled one was regarded as their most significant customer. Quite a subtle way of admiring, isn’t it?

Aside from the Christmas box and so, the phrase “bringing home the Christmas” emerged in rural areas of Ireland in the 1950s. The native countrymen would visit the local market and bring different items to sell them. The money earned from the selling would come in handy later to buy candies, sweets, sugar, whiskey, and other presentable items.

Lighting the Candle, the Candle in the Window, or The Christmas Candle was yet another exuberant depiction of people’s faith and their welcoming attitude. The youngest (or sometimes the eldest) family member would light the candle to commemorate the Holy family’s travel, welcome Jesus & Mary to their homes, and light up their way. The lit candles were also a sign of welcoming for the visitors.

The ideal time to light the candle used to be in between the sunset and dusk. Right after the candle was lit, the supper would be served. Lighting the candle was a way to exhibit the adherence of the locals to their religion. The people would all gather around at the time of candle lighting and sing relevant songs as they picture the Holy Family traveling off the lightened roads.

The wren boy procession is a major Irish tradition that also dates back to the 19th century. The tradition is basically about carrying a wren’s body around in a box and singing a traditional song. Dressed in specific homemade costumes, they would take the body of the wren from house to house amusing them with their songs and asking for money to “bury the wren”. The procession has long gone now with an exception of a few small towns that still entertain themselves with this tradition.

Traditional Food on the Eve and Day of Christmas

Christmas eve was welcomed with a huge feast consisting of beef or the traditional white fish for supper. The meal further accompanied spices and sauces of the contemporary taste prepared with onions and potatoes. The Christmas pudding did have a special place in the meal as well.

However, historians or the contemporary people seem to remain alien about the use of turkey for dinner in the 19th century’s Irish Christmas meal. They believe that the tradition of devouring turkey was imported from England somewhere in the early 20th century. The culture might have somewhat changed after all these years. Yet, the “passionate” natives of Ireland still prefer the “very much Irish” spiced chicken or roasted beef.

Christmas, all over the world, is celebrated with the utmost zeal and enthusiasm, and the same is the case with Ireland. However, the culture and traditions tend to be a bit different for the Irish. Most of them are necessarily tied within the very roots of Ireland. But some of them just came along with the visitors & tourists and eventually became the essential part of the native festival. 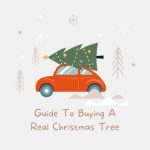 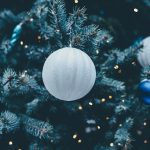 History of Christmas in Ireland
November 8, 2021 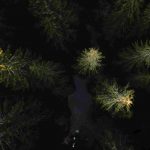 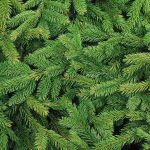 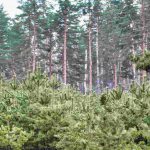 Irish Forestry and Carbon – Everything you need to know
September 28, 2021

Sign up for Santa Opening and special offers on all our products.